On 30 March, Minister Harbers of Infrastructure and Public Works officially gave the starting signal for the construction of the ms Antonie, the first inland ship in Netherlands to run fully on green hydrogen. It is expected that the ship will embark on its maiden voyage in mid-2023. The project is a partnership between Nedstack, Nobian, Lenten Scheepvaart, Concordia Damen, Energy TransStore and inland ship cooperative NPRC, and is contributing to the realisation of fossil-fuel-free inland shipping.

Demonstration project
The propulsion of an electric inland ship running on hydrogen is completely new and a demo project for Dutch inland navigation. The construction of the ms Antonie as such contributes to further development of this technology aboard ships. This among other things applies to the fuel cells used, with which the hydrogen can be converted to electricity. The parties involved also want to use the project as a means to accelerate the drafting of legislation surrounding the use of hydrogen in inland shipping.

The experiences gained during the development phase, construction, and launch of the ms Antonie will contribute to determining the viability and costs of comparable projects in the future. The project allows for mapping what is necessary in terms of regulations and facilities in order to safely use hydrogen in inland shipping on a larger scale.

Greening inland shipping
The costs for the construction and development of the first 135-metre-long hydrogen-electric inland ship are about twice as high as that of a regular ship. The Ministry of Infrastructure and Public Works is therefore making a significant contribution in order to cover the additional costs. Nobian, NPRC, and Lenten Scheepvaart made long-term agreements about this for the deployment of the ship. The ministry views the project as an important part of realising the European goal of making all inland shipping emission-free by 2050.

On 30 March, minister Harbers in the presence of inland shipping entrepreneur Harm Lenten, the CEO of NPRC, Femke Brenninkmeijer, and Nobian CEO Michael Koenig, signalled the official start of the construction of the ms Antonie. This was done symbolically through handing over an artist impression of the ship to be built to the minister.

Green hydrogen for transporting salt
When the ms Antonie is finished, the ship will transport salt for Nobian, the industrial chemistry branch of AkzoNobel which was spun off last year. The ship will transport approximately 3,700 tons of salt per voyage, the equivalent of 120 trucks, entirely free of emissions, from Delfzijl to the Botlek plant in Rotterdam. Nobian is also the producer of the green hydrogen.

The use of hydrogen, generated using green energy, is completely clean, as opposed to the use of fossil fuels such as diesel. The project in this way contributes to the climate goals, more sustainable transport, and the greening of inland shipping. In addition to the involvement of Nobian, Lenten Scheepvaart, HyEnergy TransStore and the fuel cell producer Nedstack, the project is supervised by inland shipping cooperative NPRC, which is coordinating the supply of salt as the logistics service provider.

The content of this press release continues below the image 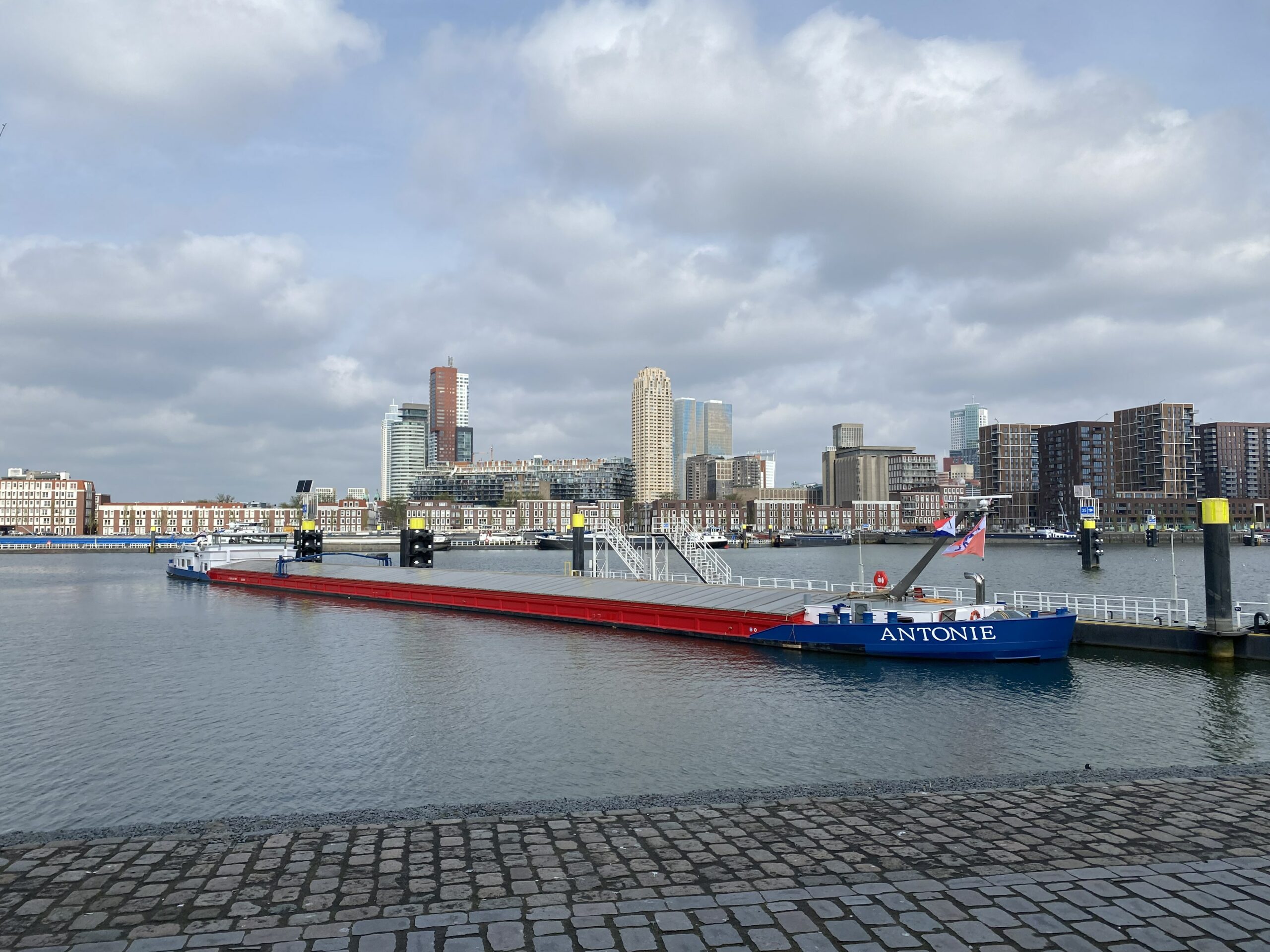 Mark Harbers, Minister of Infrastructure and Water Management:
“It makes me proud to kick-off the construction of the first inland vessel in the Netherlands to run fully on green hydrogen. This is an important step for the maritime sector towards CO2-free inland shipping. This is good for the climate, good for the future of inland shipping and good for the Dutch economy.”

Femke Brenninkmeijer, CEO of NPRC:
“NPRC has a long history when it comes to making water transport more sustainable. Working together as a cooperative with a long-term vision is always the starting point. Emission-free transport between Delfzijl and Rotterdam is the prime example of how we can live up to our climate promises together with all the companies in the chain, from entrepreneur to shipper. Together, we are now laying the keel for making water transport more sustainable, a strategic spearhead for NPRC in working towards the next generation supply chain.”

Michael Koenig, CEO of Nobian:
“Nobian intends to be climate-neutral by 2040. Greening the transport of our products is an important step towards this. We think it’s important to contribute to innovations in order to achieve scalable solutions for green transport, together with our partners. Additionally, Nobian wants to be a leader in the production and use of green hydrogen.”

Harm Lenten, Lenten Scheepvaart
”The starting signal for construction is an important moment. After an intensive period of feasibility studies, preparations, and other paperwork, this is when everything we developed on paper becomes visible in reality. It’s now really about to happen and I’m already looking forward to travelling the first kilometres through the Netherlands silently and without emissions.”

Ian Williamson, Managing Director HyEnergy TransStore
“We’re proud to be part of the WEVA project. Selecting and building the best hydrogen technology in order to realise new, innovative, and emissions-free applications is our strength. Together with our partners at WEVA, we helped create a new and functional hydrogen value chain. We look forward to seeing the ms Antonie as the example for many ships to follow.”

Please get in touch 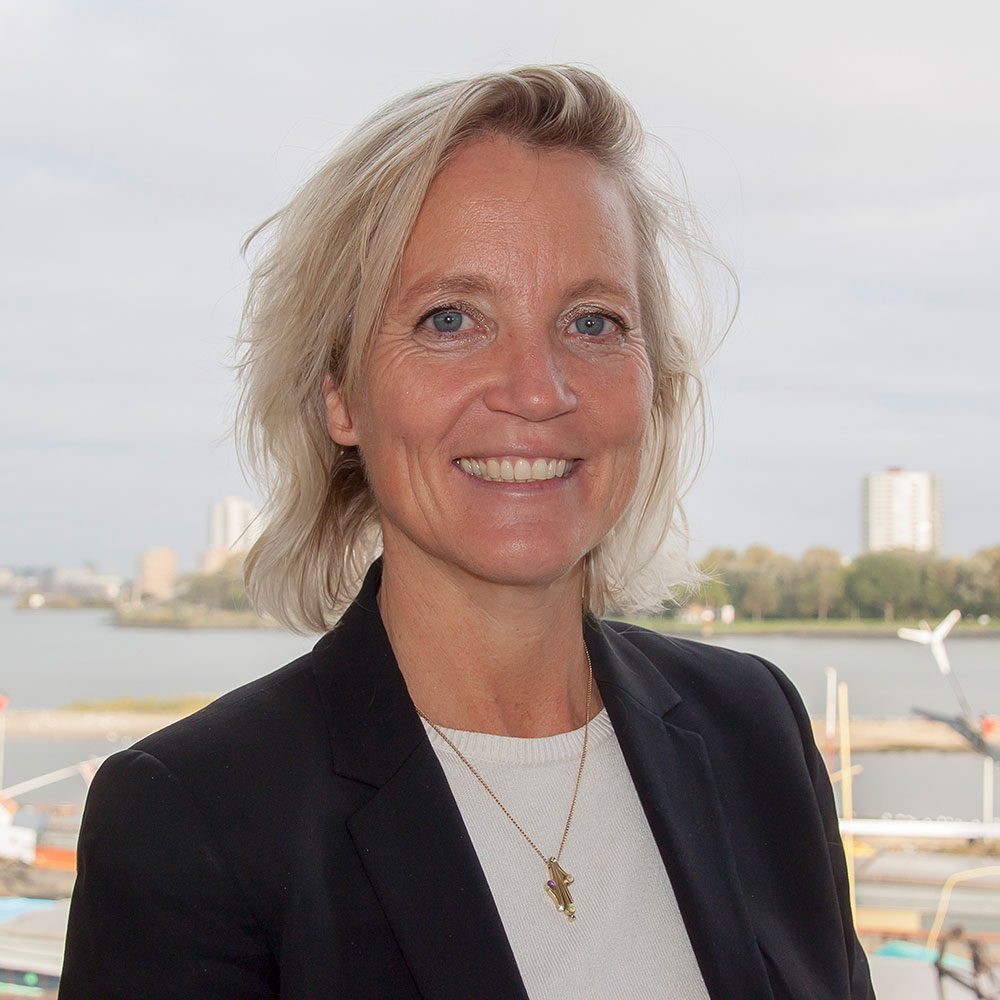 Together we can
do so much more